Where to celebrate Halloween in Paris 2012 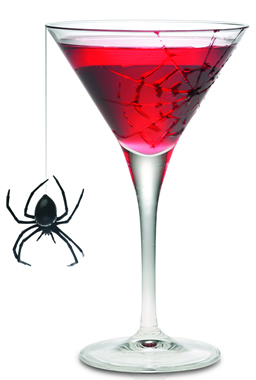 Halloween in Paris isn’t really celebrated as much as other places in the world (you might find the odd pumpkin-shaped morsel in the patisseries, but in general this is not a French tradition). An excuse for a night out is valued everywhere, however, and entertainment centres from the bars and clubs to Disneyland Paris are well up to the job of giving you somewhere to celebrate Halloween 2012. Here are your options.

Were you always scared by Captain Hook when you were younger? Time to face up to those childhood fears. From the 1st of October to the 4th of November, Disneyland Paris will be running special shows and meet and greet Disney Villains sessions for Halloween 2012. On the 26th and 27th of October (the Friday and Saturday before Halloween), Disneyland will also be running a “Terrorific Night” from 8.30 pm to 1 am, with costumes, characters, and a special “CineMagic” film showing, written by French thriller writer Maxime Chattam.

Where: Place des Passagers des Vents. When: 1st October – 4th November. How much: adults € 61; children € 55. Tickets for Terrorific Night currently cost € 35 from the FNAC, and are free for children under 3. Age: recommended for over 12s.

Selling themselves as offering “the biggest Halloween party in Paris”, Le 1515 offers a large dancefloor which will hopefully be filled with lots of people, themed decorations and film clips and even professional photography. If you like “a bit of everything”, you’re sure to find it here, although if you’re looking for something truly out of the ordinary you might be best off looking elsewhere.

Le Champo is an historic cinema in Paris favoured by lovers of retro classics and night owls. As such, the venue lends itself well to Halloween celebrations, and in previous years has organised fright nights for Halloween which include three films, a costume competition and breakfast for € 15. Keep posted on Le Champo’s official website to see if they’ll be doing the same this year.

The 1st of November in Paris (La Toussaint or “All Saints Day”) is a serious holiday dedicated to remembering the dead. Take advantage of the closed shops and banks in Paris to recover from your Halloween 2012 hangover!

Posted in Paris, Things to do in Paris
Marketing Team