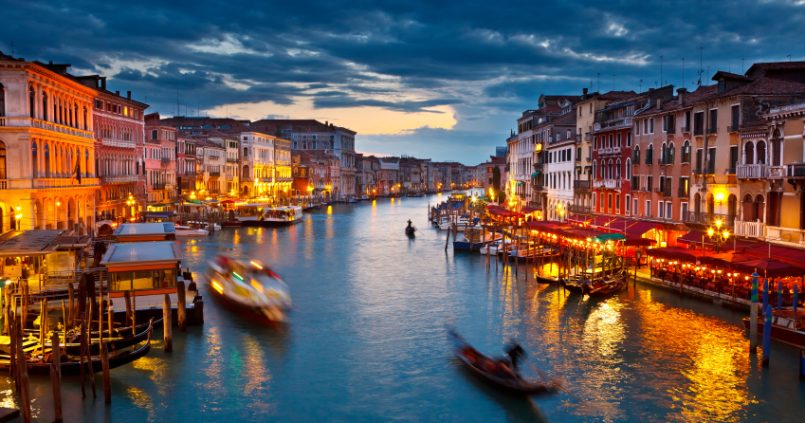 Family is everything to Italians and it is maybe because of this that Italy is thought of so highly as a family friendly destination for holidaymakers. Children are not just tolerated in Italy they are embraced and they in turn will be won over by the excitement the colour and the foods that make Italy top of so many people’s holiday destinations of choice. Wherever you go history is around you but Italy is not old fashioned and has embraced modern living to the full. It is difficult to think of a bad destination for a holiday in Italy but here are four truly great places for family holidays:

ROME – The ancient capital of one of the most well known empires in ancient history has so much to offer the modern tourist. It is a thriving bustling metropolis with modern public transport systems and one of the most experienced tourist industries in the world. Most tourists come to Rome to see some of the most spectacular ruins of the ancient world from the Colosseum and Pantheon to the many architectural treasures of the Roman Forum. Saint Peter’s Basilica and the Vatican Museums are also high on many tourists lists of things to see in Rome and it is often at this point that people realise the importance of Rome as a cultural centre of the Renaissance in Europe. Your children will love Rome as much as you will and there can be few places in Europe where the little ones are likely to embrace the local food.

VENICE – There really is nowhere quite like Venice and perhaps in no other city in Europe will modern buildings be so difficult to find. This shouldn’t fool you into thinking that behind those pretty ancient walls time has stood still: holiday rental apartments and Venice’s hotels are tasteful and totally modern behind those front doors. The picturesque waterways wind their way between colourful Gothic and Byzantine style buildings in a landscape that has changed very little for generations. Fine buildings like Saint Mark’s Basilica and La Fenice Opera House draw the tourists here as does the pretty Palazzo Ducale and the Cannaregio neighbourhood. For the kids this is a magical place and a gondola ride along the Grand Canal will make them feel that they have stepped into the pages of a fairy tale.

FLORENCE – Pretty as a postcard people come back to Florence time-and-time again. This small lively city is for many the only place to be in Italy. It is home to so much excellent art and beautiful architecture that it is a real feast for the eyes. Fashion is an integral part of the city’s history and culture – unsurprisingly when you realise that one of the world’s most important fashion designers Guccio Gucci was born here in 1881. Florence’s streets are narrow and charming lending themselves to exploration by foot and tempting you at every turn to enjoy fresh authentic cuisine in the myriad of traditional restaurants cafes and bars that make the city a real treat for foodies.

MILAN – If you didn’t know better you might swear that Milan was the real capital city of Italy. It is like so many major European cities a sprawling powerhouse of finance and industry. However Milan is not lacking in beauty art or history. The breathtaking cathedral stunning Scala Theatre and grand Sforza Castle are just a few of the attractions that top the must see list. The city is also one of the major homes of fashion and an art lover’s paradise. Even if you are not a bona fide shopaholic you are guaranteed to be tempted to do a little retail therapy in Milan. Visitors to the city next year should schedule some time to go to Expo 2015 (1 May – 31 October 2015) – only the second time that this world fair has been held in Milan the first being in 1906.