Where to take your family with just 3 days in Rome 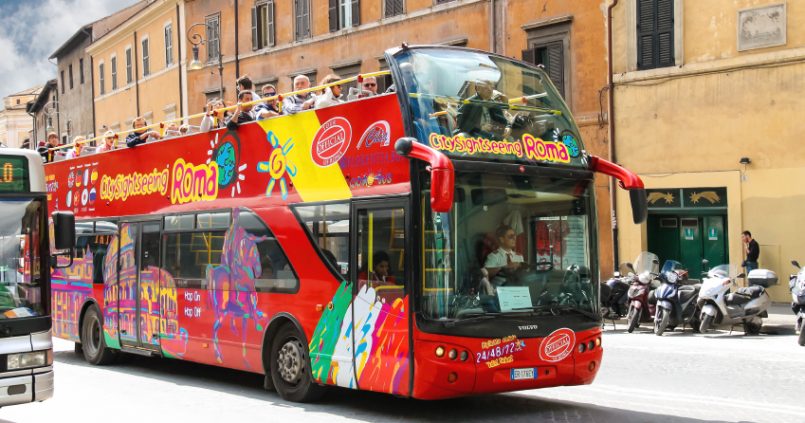 With a city like Rome deciding what to see and do in a short three day visit is quite a challenge. On the one hand many of the attractions are within an area that is quite manageable by foot – on the other hand however there is just so much to see. Added to this you will want the children to have as great an experience of Rome as you do. To show you what can be done with just 3 days in Rome we have produced this suggested itinerary that we think you and the family would love.

A visit to the Time Elevator will give the family a unique experience and insight into the history of Rome. From the city’s birth to the modern day the Time Elevator experience is interactive educational and fun. The children will love the panoramic screens surround sound headsets and the special moving platforms that the seats are mounted on. Follow this with the more traditional sightseeing tour bus. Children always love bus rides and this allows you to get a feel for the city whilst the children point out to you some of the places you just saw at the Time Elevator.

Spend some time in the Villa Borghese park. This is the largest public park in the city and a superb spot to get away from the hustle and bustle. The children are well catered for with a playground carousel and pony rides – you could also take them out onto the boating lake on the garden tram ride or to see a kids’ film at Piccoli Cinema. Later on head over to the beautiful Trevi Fountain but make sure that you have a few small coins in your pocket for the kids to throw into the water. There are some lovely little eateries here too – ideal for a snack and a coffee or a gelato for the kids.

Exploring the ancient city is a treat for young and old alike. The children will never have experienced anything like walking through the fantastic Roman Forum – the buildings are in ruins but the scale of these ornate ancient remains really captures the imagination. You can’t visit Rome without spending time at the spectacular Colosseum considered to be one of the ‘New 7 Wonders of the World’. The Pantheon is another stop you should make with its huge portico and world record holding dome this iconic Roman building is truly awesome.

The Old Appian Way Park is a short bus ride from the city centre and a great place to relax and maybe take a picnic. A walk along the Appian Way will introduce you to some more ancient sites but if there is one top attraction here it has to be theCatacombs of San Callisto. Spiritual and sombre more than 50 martyrs and 16 popes rest here but it is a fascinating place to visit and unlike anywhere else you have been before.

Go to the Vatican a city within a city. You will have seen Saint Peter’s Square many times on television and in movies but this does not do the amazing architecture justice. The Vatican museums contain an immense collection of important artworks and the Sistine Chapel with its famous Michelangelo painted ceiling is a must see.

If you have enough time left hop-on an A line metro train from the Vatican to the Spanish Steps. This monumental stairway is surrounded by many beautiful buildings and at the base is the Fontana della Barcaccia a famous water feature that was completed in 1627 and has been on this spot ever since. There are plenty of places here to buy refreshments including the quintessentially British Babington’s Tea Room – on the opposite side of the steps from Babingtons is the Keats-Shelley Memorial House which is home to an extensive collection of memorabilia relating to these well known Romantic poets.

So there we are – just a few ideas for a short stay in the Eternal City.

Posted in Rome, Things to do in Rome
Marketing Team