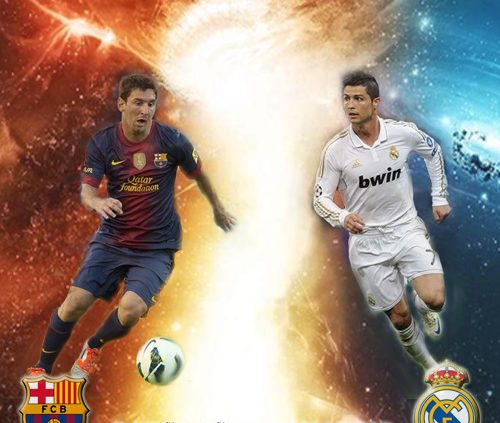 We have a winner! Congratulations to Jose Santana Garcia who has won an official Barça or Real Madrid shirt after correctly picking Real Madrid as winner of the Copa del Rey semi-final between Barça and Madrid.

Real Madrid won comfortably 1-3 against Barcelona with two goals from Cristiano and new Bernabeu idol Varane scoring one, Cristiano and Madrid’s first came from a penalty after he was bought down in the area by Pique early in the first half. Cristiano scored again after some fancy footwork by Di Maria wrong footed Puyol, and the resulting shot on goal landed at the feet of Cristiano who doesn’t miss from that distance. The final nail in Barcelona’s coffin came when Varane, the hero of the first semi-final, headed the ball comfortably into the back of the net. Jordi Alba scored for Barcelona late in the game but it was too little too late. Congratulations go to all of you who participated in our promotion, and especially those of you who picked Real Madrid; soon you will be receiving a code via email worth a 6% discount on your next booking with us valid until the 31/12/2013.

All those who correctly picked Real Madrid went into the draw to win an official Barça or Madrid shirt and the winner of the draw was Jose Santana Garcia.

Congratulations again to all participants, keep your eye on our official Facebook page for upcoming promotions, you can also follow us on Twitter or via our Friendly Rentals blog.