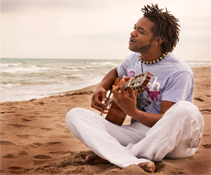 Music in Barcelona this 2010

Between the 1st and the 10th of October the L’Auditori of Barcelona will be hosting the 15th edition of the World Music Festival that is entitled ´Africa Negra al Magreb` or ´Black Africa to Maghreb` which will be focusing on the northern part of the African continent, and more specifically the Maghreb area. With five performances from resident artists from here and Africa, the aim is to try and learn about the culture in diverse cities of the world.

African artists will be taking the lead in the fifteenth edition of this festival that for the first time will be giving artists living in Spain a voice, and whose performances will be a reflection of the mutual influence of both cultures, the African and the European.

The festival will be mainly taking place in the L’Auditori where Victor Démé of Burkina Faso will be performing and whose music reflects his traditional Mandinka roots, but also that promotes a modern sound from east coast Africa. Further artists lined up include Nino Galissa from Guinea Bissau, a Mandinka Griot artist living in Barcelona that has been captivating audiences with his quality, original, and subtle music and his Kora (harp-lute like instrument), and Bino Barros from the Cape Verde, a symbol of the wave of artists originating from the Cape Verde Islands that are introducing a different touch to the traditional style of music of their country, but whose compositions have been exposing lesser known rhythms such as the funana, the batuku or the funamba, as well as Lokua Kanzafrom Congo with a subtle and elegant combination of African, European, and Brazilian music, where acoustic, electronic, the classic and the modern, tradition and transgression all combine in a harmony of sounds, and finally Don Digg from Morocco, pioneer of Moroccan rap with a politically and socially charged style and an eminently critically acclaimed and vindicating last album which has been dubbed the fourth best in the world in the hip-hop category.

Furthermore, the world music festival performances will also been taking place in the Sala Apolo in Barcelona, on the 1st, 8th, 9th, 14th, and 16th at 21.30. Thus, this promises to be an excellent opportunity to discover the more universal roots of the music in Barcelona that makes the city and the people beat to the same rhythm.