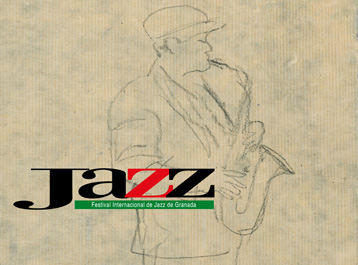 International Jazz Festival in Granada this 2010

All throughout the month of November, Granada will be celebrating their XXXI International Jazz Festival, a festival that over the past 30 years has become a reference for jazz music on the Spanish and European jazz scene given that it is one of the oldest and most important in Europe, and the only Spanish member of the European jazz festival network, the Europe Jazz Network.

Since it kicked off in 1980, this festival has gained an ever increasing number of faithful followers and fans thanks to the excellent line ups that are increasingly more attractive to the habitants of Granada and visitors alike. Thus, famous names such as Miles Davis, Oscar Peterson, Charlie Haden, Art Blakey, Tete Montoliu, Herbie Hancok, and Chano Dominguez have performed on the Granada stage, amongst many other excellent musicians.

This year, the XXXI edition of the Granada International Jazz Festival, will be expecting performances from musicians such as Diego Amador Trio, an exquisite piano player and brother of the musicians Raimundo and Rafael Amador, who listens to the piano within flamenco music and interprets it for his audience, and whose music advocates a profound jazz feel with gypsy roots. In addition, Granada Big Band with Toni Belenguer, and Esperanza Spalding will be performing. The latter is a jazz bassist, composer, and North American producer, a talented young musician that will entertain everyone attending the festival. The festival line up also includes performances from Chano Domínguez, the Charles Lloyd New Quartet, the Kurt Rosenwinel Standards Trio, the Nils Petter Molvaer Group, Lovano Europa Quartet, and the Wayne Shorter Quartet. So, enjoy the most authentic jazz in a city like Granada, thanks to the XXXI International Jazz Festival